Life Is A Journey
19

How to sleep better with meditation

When I was building my first business as a translator many years ago, I suffered from a lot of stress. I started having intense pain in my shoulders, neck, arms, hands and back as a result of very long hours in front of the computer. I sometimes had crazy deadline and would work until 1am! My sleep was also very disturbed. As I had a background as a dance and fitness, I was very aware of that I needed to move my body to alleviate the pain and tension. I created a series of movements that I would do two to three times a day. I also did some deep stretching and breathing. It helped! I started to sleep better, and I had less pain.

Then I got a large project to work on and my movement and breathing program didn’t seem to work as well anymore. There were also other stressful things going on in my life. I was feeling exceptionally overwhelmed and I was reacting stressfully to all these situations and my mind when into overdrive. I was totally wired and couldn’t sleep very well. Desperate for solutions, I gave meditation a try. I started sleeping better and soon the situations got resolved, as they mostly always do, and I had got enough from meditation to suspect I had discovered a powerful method for peace of mind. 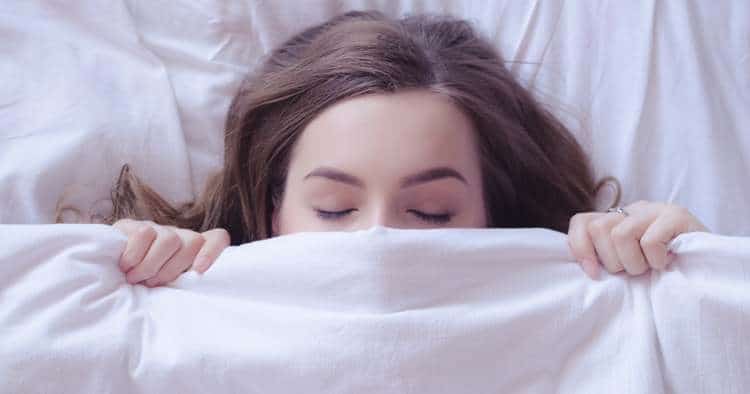 I’ve never really looked back. Meditation became a habit, and eventually I trained to become a mediation teacher to help other people to experience the same benefits.

In recent years it feels like our sleep?—?or more accurately the lack of it?—?has come into sharper focus. It seems that many of us who are living a fast paced, always on, modern Western lifestyle suspect that we’re generally not getting enough good quality sleep. This can result in a feeling of being chronically under-rested or Tired All The Time (TATT!).

I looked at what the science says about meditative practices and their effects on sleep and rest.

The first study was with a group of moderately suffering insomniacs, published in JAMA Internal Medicine in 2015. Half of the group completed a mindfulness awareness program and the other half did a sleep hygiene education program that taught them other ways to improve their sleep. The results were surprising. Compared with the people in the sleep education group, those in the mindfulness group had less insomnia, fatigue, and depression at the end of the six sessions.

In the 1970s Dr Herbert Benson, a pioneer of scientific meditation research coined the term “the relaxation response” The relaxation response is a counterbalance to the fight-or-flight response, in which a deep state of mental and physiological rest can be elicited. The good news is that Dr Benson’s research showed that we can purposely prompt this response.

Some mindfulness meditation and other meditation techniques involving focusing on either the breath, an object or a repeated word or phrase (mantra) were shown to elicit the relaxation response. Further research showed that the relaxation response can help ease many stress-related ailments, including depression, pain, and high blood pressure. For many people, sleep disorders are closely tied to stress, according to Dr. Benson.

A study done at the University of Massachusetts Medical Center’s Stress Reduction and Relaxation Program, found that meditators produced significantly higher melatonin levels than non-meditators. Melatonin is a hormone produced in the brain that among other benefits regulates our circadian rhythms, makes us feel less alert and induces the onset of sleep. This was a small study of just 16 participants and so results must be taken into context, but the findings do tally with a lot of anecdotal evidence of meditators reporting easier and better sleep, myself included. I started meditating to solve that very problem and haven’t had sleep issues again for years despite working through other situations that have induced similar stress levels since.

So will developing a regular meditation practice help us both to rest more deeply and sleep easier and better. What else can we adapt from meditative practices?

Now and then I’ll wake up in the middle of the night and have a lot of thoughts in my mind (usually about some problem I tried to solve the day before). In the past this would have been a real problem and I would have found it difficult to go back to sleep. That is rarely a problem now as I am using a couple of meditative techniques that usually help me go back to sleep quickly.

The first is simply focusing on my breath, releasing tension on every exhale and sinking further into the mattress. A couple of minutes of that’s usually enough and I fall back into sleep. Other times I use a progressive muscle relaxation where I go through the body, bit by bit.

Outside of meditation, there’s a lot of other things you can do. Here are a few:

I’m sure there’s many other great sleep tips and tricks?—?share your best ones in the comments below.