Life Is A Journey
41

According to Screenrant, today Batman is one of the most popular superheroes around. He’s right up there with Superman and Wonder Woman and is a well-known hero.

I had just finished watching another Batman movie, it didn’t disappoint of course. This superhero character has always fascinated me. The fact that this character will do anything to protect the innocent and bring justice is awesome to me.

I looked closely into this Batman character and found out why he is such an inspiration to me and what I can learn. The life lessons of Batman can be applied in everyday situations. These are the two things I found out: 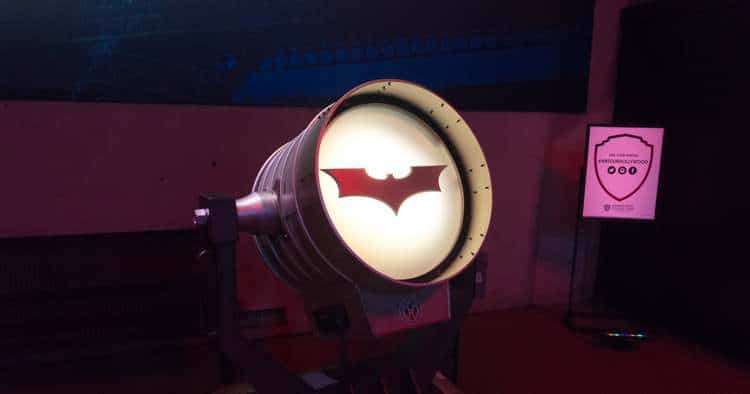 1. Pain is part of your crazy life

One day you catch yourself wishing the person you loved had never existed, so you’d be spared your pain.” Ra’s Al Ghul in Batman Begins.

Your superhero character Batman that doesn’t have super abilities like speed makes him seem like the weak link. But it is far from the true, you see him being superhuman although he lacks special abilities. Pain is all too familiar to him as he fights bad guys stronger than him.

The batman character has faced pain from the time his parents were killed where he faced emotional pain at a young age leading to the birth of Batman. The villains that Batman faces are some of the physically strongest like Bane and others very powerful like Poison Ivy. The pain they have inflicted on Batman clearly outlines the statement that pain is part of the process.

The great thing is that all this pain doesn’t stop him in his tracks; he takes in the pain and continues fighting. You got to emulate this in every aspect of your life. Not everything turns out as you had hoped but that doesn’t mean you stop trying.

You don’t stop; you continue doing your best. From the physical pain to the emotional pain, the thought of experiencing this is scary and frightening. Nobody wants to feel any kind of pain but you can’t run away from it. Just remember that whatever type of pain you feel won’t be fatal to you without your consent.

According to Psychology Today, one of the easiest ways to increase your tolerance for pain and discomfort is to remember your higher purpose and the meaning it will give your life. That meaning, in turn, will increase your happiness.  Thus the best way to deal with the inevitable pain of life is to take on a worthwhile project…and another…and another. Including some healthy pleasures in your daily life will also add to your happiness and help you “whistle while you work.”

2. You need others incredible help

The character of Batman is this solo superhero that does it all, he is the idol of a one man army or show. But what also this great superhero realizes is that he can’t do it all alone. If he wants to achieve a goal or something he can’t be all alone, the fastest way to achieve it is by having and accepting others help.

The Batman character has help from other superheroes; he realizes that some of the villains that he will face cannot be taken down by him alone. Although Batman has all the available equipment or gadgets, money and intelligence this won’t help in taking down that villain. It will take more than gadgets to take him down but only worth the right help from others.

In whatever endeavor you wish and want to succeed in being the lone wolf won’t get you there. You need mentors and teachers to help you out and give you directions on the best way to do this. There is nothing to be ashamed of or afraid by asking for help, you are just a human being not a god. You do not know everything and that’s just fine.

According to Forbes, when you don’t ask for help when you need it, you assume all of a burden that might easily (and gladly) be shared. But you also deprive those who’d love to assist you of the opportunity to do so. Our fear is what gets in the way of not asking for help.

You can’t be all alone on this journey of life, even Batman realizes that. If you want to reach the top of the mountain you have to be willing to be helped or assisted.

A superhero that resonates with you due to the fact that he is human or normal that is he doesn’t have some special ability like speed. Life can be tricky and confusing for most people and learning a few lessons here and there doesn’t hurt.

But the best way to have those lessons having an impact is by applying them in your life. Don’t just get the life lessons and ignore, do remember it or write it down if you have to. Your favorite superhero character will have a new meaning to your life.

Batman is quite successful in catching and stopping villains in their plans to destroy the City of Gotham. Not only thanks to his advanced gadgets and intelligence but also due to the fact that he tolerates pain and isn’t embarrassed to ask for help. Your favorite superhero character has the courage to admit that he is just a normal human being who wants to change the world. That realization should make you aware that pain happens and seeking help isn’t dumb.

Do you know of any other ways to learn from Batman the DC Character that I haven’t mentioned?

If so then do share and tell in the comments section below. I would love to hear from you.

How to sleep better with meditation

When I was building my first business as a translator many years ago, I suffered from a lot of stress. …